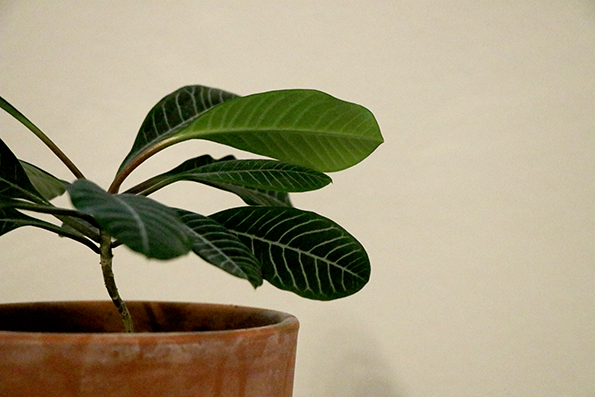 After the move, life has been busy.

It’s been busy with writing, having long conversations with friends at school cafeterias and establishing old routines at the new place. Life has been busy with thinking, reading books and finding peace with many different issues.

Time has simply flown by.

Many (but especially self-employed creatives) say that October and November are the busiest months of the year. It’s the time of the year that’s filled with work projects, deadlines, keeping up with hobbies and being social. Maybe it’s the darkness, the cold and a way to pass the time while waiting for Christmas and a new year to begin. But it sure is true.

Even for me, October and November have been filled with so many things that require my time. Especially November. However, I can only blame myself for setting a deadline for my first draft at the same time I have a deadline for the theory part of my thesis and, in addition to that I decided to plan and execute a surprise advent calendar as a Christmas gift to my partner. Oh, and then I also had a deadline for a couple of articles I’ve written for a magazine I’m the chief editor for.

In other words, I’m swamped.

It feels like these last remaining months of the year tend to fly by and become months dedicated to completing the eon-long to-do lists. They are also the months where experiencing and trying new things (fun things especially) get less time than they’d deserve. We are putting off what seems to be everything to complete the list in time – before Christmas and the new year. That’s at least how it has felt like for me.

However, two things happened last Saturday that were great reminders of why it’s extremely important to lift one’s head up from the messy soup of to-dos, to take a break from what one is doing, or even to break free from it:

What’s so special about these two things, you ask? Let me tell you.

Being a chief editor for an association member magazine doesn’t require that much face-to-face contact with the editorial team. It can be done from the distance full-time, if necessary, like I did when I lived in Ireland. This, can be liberating, of course, but it comes with a dark side (as many other things in life): the job can become very lonely and, most of all, uninspiring. After all, sitting alone at your computer in the middle of winter with only Whatsapp or Facebook as your social contact to the team, you are almost bound to lose focus, your interest in and motivation for the job.

And this was how I had experienced the job for the last six months or so. I hadn’t been inspired to create a truly good and enjoyable magazine – I had only worked enough to get the magazine done and published. Quite clearly I had lost my interest, and finally decided that being the chief editor for the magazine wasn’t worth of my time anymore. So, I resigned.

However, after meeting the team again after a long pause and getting to know some new faces, I felt a change in my motivation. Suddenly, the negative feelings I had had about the paper and producing material for it, disappeared. Instead, I was energized and somewhat motivated to ’start anew’ and put some effort into the work again. I felt that the team is nice, the atmosphere at the brunch/meeting was good, and that I did enjoy writing those articles when I finally decided to write them. Suddenly I saw no reason to quit the magazine – I was happy to stay on board as a part of the editorial team.

And the plant then! I’ve mentioned before that me and my partner are frequent movers. That means I’ve given up on investing in plants or in an impressive collection of spices since they tend to become problematic when the next move is around the corner. But now we were given a Madagascar jewel. But instead of being stressed about the future of the plant, I was quite thrilled.

Later that day, I sat down to observe the plant at close. There’s something about these green organisms. They bring different kind of life to the household, they bring color to the grey and dark landscape that we see from the window. This plant needs to be talked to in order to get its dosage of carbon dioxide (that’s the instruction we got from the gift-giver: ”It needs to hear some conversations!”).

The Madagascar jewel shows that one can survive in this part of the world where the sun hasn’t made any appearance in oh-so-many-days.

These two things made me realize the importance of taking care of oneself instead of getting swamped with a massive to-do list without an ending, instead of just living one day after the other without something fun that interrupts the day-to-day life.

I know my conviction, my passion. But what I’ve realized is that it’s not enough to know what you want to do and do it. Habits only get you so far – they automate the process or the technical aspects of creating. But what’s your fuel, what’s the oil in your system that helps the creativity to reach a state of flow? Anyone can do anything if they have the habit of doing it – but is what you’re doing fun? Is it energizing, fulfilling, exhilarating?

So, maybe you know what you want to do and have down the habit of taking the time to do it. But in addition to this, you need to take care of your conviction. It’s like the windscreen of a car – you need to keep it clean in order to see clearly, even if you know where you’re going. Because if you can’t see where you’re going – you’re likely to end up in a ditch in the middle of somewhere.

So, instead of keeping the eyes on the goal only – may that be finishing your first draft or your edits, completing editing a new video or learning to master Adobe Illustrator – one needs to enjoy the process as well. It could be meeting up with people who share your passion for the craft who remind you that working on your conviction and doing the thing you love is fun. Or getting a plant just because they’re colorful and full of life and remind you of the curious process of growth (even if you might need to give it away or throw it away in six months or so).

To keep you convinced of your own conviction, you need to do things that might not get you closer to your goal technically (for instance, sitting in a cafe with friends doesn’t automatically create new words to your Word-document), but give you new energy, new thoughts and a refreshed belief in what you do instead.

We people have a tendency to get blinded by what we should be doing, our lengthy to-do lists and our stressful deadlines. We forget that feeding our passion often happens outside of the physical in-the-making process. People-watching or meeting with friends give you new thoughts and ideas for you novel, but in order to do that you need to leave your computer at home and get out to see the world. Taking the time to enjoy a nice piece of cake or going to the art galleries is a way of taking care of your energy and motivation – taking a break once in a while in order to bring back the motivation, the conviction in what you’re doing. Because if you’re not motivated, your habit cannot be utilized properly.

So, last Saturday worked as a friendly reminder for two things: 1) living a minimalist life doesn’t mean one cannot invest in something that will only last for a while. If it brings you joy, it’s worth the trouble it causes, and 2) I already do things that I enjoy but every once in a while I need to refresh my memory of why I enjoy doing them.

After realizing this, I’ve been wondering how I might implement this on my creative writing and my blogging. Lately, I’ve been feeling somewhat unmotivated although I keep on writing six days a week. Would it be a cup of coffee and a croissant in a café that would get me going, that would energize and motivate me? Or meeting other people who share my passion for writing (in real life as well in addition to the Internet)?

What’s that something that would feed my creativity and my motivation for writing?

How do you do it? How do you feed you conviction, your passion?